Our body is made up of hundreds of billion cells. Just like as human society, these cells live and function in a social system that has key features such as division of the works, transportation, and intercellular communications.

A cell with specific function inside the body is called a differentiated cell. For example, white blood cells are a part of the immune system. Liver cells by analyzing the daily food intake play the same role as farmers and ranchers in body. Finally, neurons or neural cells are similar to information and management system in human society. The common belief is that all of these cells are originated from non-differentiated cells called stem cells. So, all the cells of the body have similar basic information inside their nucleus (in the form of DNA). However, each cell is differentiated in a specific way based on body commands. It means that, specific portion of the information is used for each cell. So, the shape and behavior of the cells are different from each others.

But the point is that, differentiated cells can be returned in to the stem cell state and based on previous findings, it seems that the body itself uses this ability to heal the wounds. The possibility of producing induced pluripotent stem cells (ipscs) through in-vitro experiments has led to important developments in the field of regenerative and personalized medicine. These cells can differentiate to different cells, and this knowledge allows us to extract differentiated cells from particular person and transform them into the other cell lines for that specific person. In fact, the future field of view of this method for disease treatment programs will be promising and seems to be effective for a wide range of disorders.

Producing ips cells based on methodological procedures is a high-cost system. In essence, production of ips cells by using current methods requires genetic manipulation and this is the key factor that causes lots of challenges for using these cells in the field of regenerative medicine.

A research team at Amirkabir University of Technology (AUT), led by Dr. Saviz, in collaboration with Jahad Daneshgahi Institute and Bioelectromagnetic lab, school of ECE, college of engineering, University of Tehran (UT) shed new light on this issue. The work began based on a similar idea proposed by A.Pilla and R. Smith in the 1980s, for frog erythrocytes. but the team based its work on avian RBCs. As mentioned by Dr. Saviz, as the head of the research team who is working in the field of bioelectromagnetic, “After applying electric signals, the cells were rounded up and lost their differentiated contents. Then, we studied the expression level of the equivalent biomarkers in human blood cells. In this stage, by comparing the active (applying electric field) and control (without electric field) groups, we also found that the expression level of the stem cell biomarkers increases after applying electric field in comparison with control group that was not exposed to the electric fields. And it was a potentially powerful approach to the main goal.” These changes in cell morphology and behavior can be seen in the image blow that demonstrates a multi-hour process. 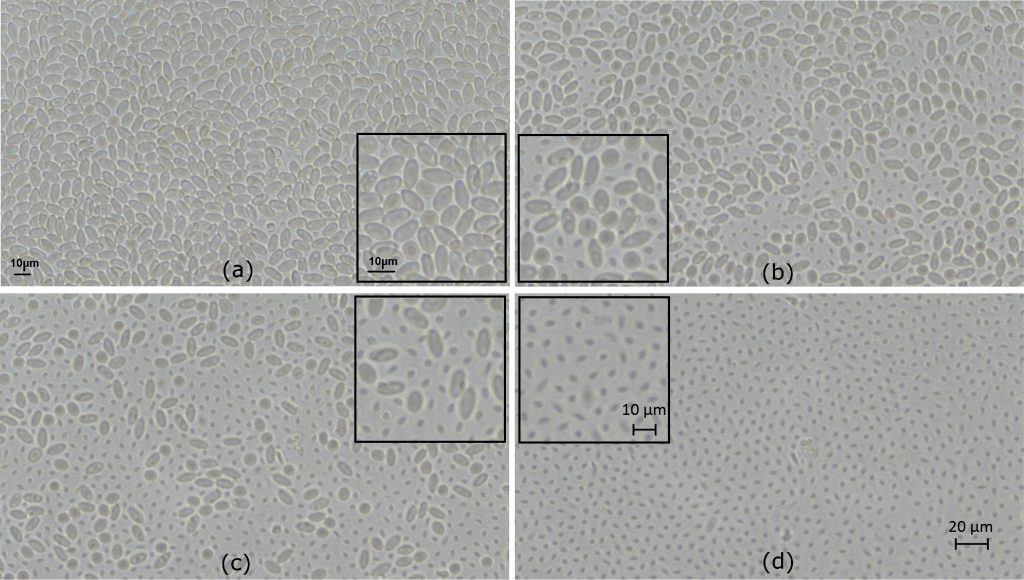 In order to detect the rate of changes precisely, the number of reshaped cells were counted accurately in a large amount of microscopic images. To understand the main causes of these changes, detailed studies have been conducted based on flow cytometry analysis. The main hypothesis is nothing more than the process of reversion to the stem cell state—or anti-differentiation. There is ample evidence from human and animal studies that confirm this hypothesis. However, the studies in this field are ongoing to illucidate the mechanism of action more precisely. The primary results of this study are published in the following paper. Wait for our next papers!